Undeterred by Detours, Lisa Lee Pursues Her Mission to Serve 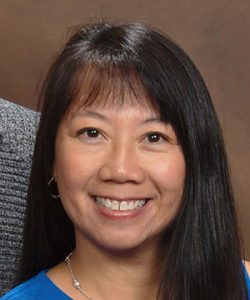 Helping others with their health is part of Lisa Lee’s DNA — her father is a retired neonatologist/pediatrician, and her stepmother is a retired OB-GYN nurse. Her grandfather was an herbal doctor who traveled up and down the west coast ministering to Chinese communities. Lee attended Wellesley College in Massachusetts and took its mission— “Not to be Served, but to Serve”—to heart. She also spent summers volunteering in underserved communities: teaching at a Navajo reservation children’s bible camp in Arizona and working as a community organizer in El Cerrito, California, where residents suffered from major health problems resulting from the proximity to an oil refinery.

Upon graduation from college, Lee was recruited into a selective management training program at MetLife in the NYC corporate headquarters. Her role enabled her to rotate through four departments before landing in strategic planning. “It was a fantastic opportunity,” Lee said. But something was missing: “I felt I was benefiting a large company and myself rather than using my abilities and time to help those in need.”

Lee left the business world and has not looked back. She went to Alliance Theological Seminary, which prepares students for mission and ministry throughout the world. She spent a summer in Mali, West Africa, living and working with a missionary family and a nurse, and graduated with a Master of Divinity (M.Div.) degree in Cross-Cultural Ministry. She might have had a career overseas had she not met her husband and opted to serve in the U.S.

The couple moved to Monmouth County, and Lee worked as a youth minister for two Chinese-American non-denominational, evangelical churches. She grew one youth group from 15 to over 100 kids. “Many of the kids were second-generation Americans with immigrant parents so they could relate to me,” Lee said. “Although my parents and grandparents were born in the U.S., I also was part of a youth group as a teen. My mom died when I was 11 and the church was a source of support and hope for me.“

Lee also started speaking to youth groups and parents at other churches. Her rising profile as a youth minister and speaker created discomfort among some conservative church leaders who held more traditional views of a woman’s place in ministry. Lee decided to resign from her positions to stay home with her daughter and son and contemplate her career path.

Her next steps brought her into contact with NJPHK. Lee joined the Monmouth County Health Department in 2007 to coordinate local Medical Reserve Corps (MRC) volunteers. In 2010, she began a pilot School Health Council in Farmingdale, funded by a Shaping NJ grant. This was her introduction to community health and the fight against chronic disease. It was a mission that “changed my life,” said Lee. “I started eating healthier and exercising and noticed how much better I felt.” She went to Rutgers to earn a Master’s in Public Administration.

Growing up in California, Lee was always active as a child. She walked or rode her bike to school daily from kindergarten through high school. Inspired by First Lady Michele Obama’s call to arms, Lee rallied the MRC and school council to adopt wellness policies and institute practices that would get students moving and eating healthier. Soon, the school health council planted a produce garden, passed a healthy party foods policy, started a healthy cooking class, family fitness events, and a walking school bus. The efforts spread from Farmingdale to Belmar to Asbury Park with the support of NJPHK. Other local schools followed suit.

The work of Lee and the MRC volunteers in the community was recognized with a National Award for Innovation and Partnership from the Medical Reserve Corps.

Today, Lee works for EZ Ride/Meadowlink as the Manager of Bike & Pedestrian Programs, Safe Routes to School Coordinator and Project Director of the Alliance for a Healthier Asbury Park. Her work addresses all aspects of her mission: she works with public schools in underserved communities all over NJ to promote walkability, safe biking and healthy eating. She is bringing Healthy Corner Store initiatives to neighborhood bodegas and reinforcing the importance of daily exercise to school children in Bergen, Essex, Monmouth, Passaic, and Union counties.

“My work is building a coalition of community groups to identify and decrease barriers to health in underserved communities,” Lee said. She may not be a medical professional as her parents were, but she is involved in guiding and shaping the health in the many communities she serves. Her mission to help others will not be denied.

FUN FACT: Lisa Lee’s daughter Danica was the voice of Ming-Ming Duckling on “Wonder Pets” on the Nickelodeon channel for six seasons. Danica was nominated for two Emmy awards. She is now a college student attending Cornell University.