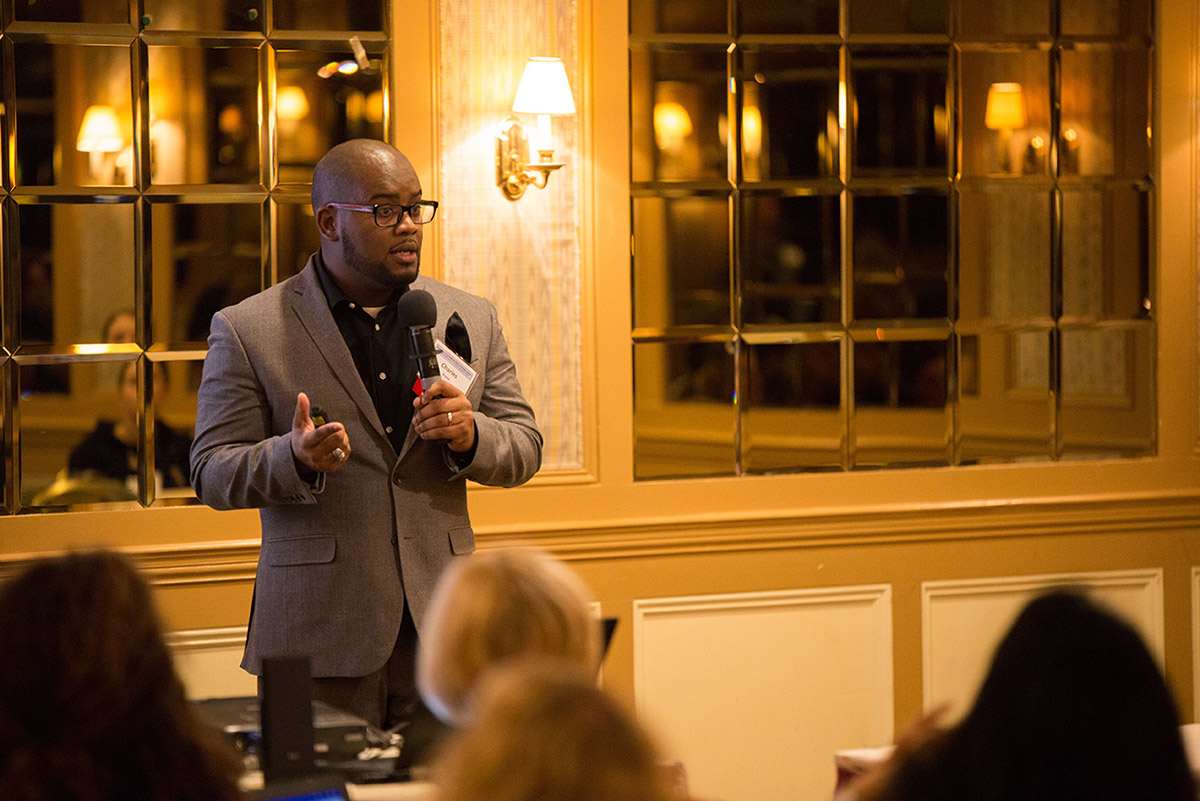 They say if you want something done, give it to a busy person. In this case, that person happens to be Charles T. Brown.

Since February 2011, Brown has served as a senior researcher with the Alan M. Voorhees Transportation Center (VTC). He currently serves as an adjunct professor at the Edward J. Bloustein School of Planning and Public Policy both at Rutgers University. In addition to senior researcher, he also wears many other hats including community advocate, national thought leader and is a leading voice in encouraging social justice in active transportation. Brown was hired and continues to oversee the New Jersey Bicyclist Resource Center, which is funded by the NJ Department of Transportation. The New Jersey Bicycle and Pedestrian Resource Center (BPRC) assists public officials, transportation and health professionals, and the public in creating a safer and more accessible walking and bicycling environment through primary research, education and dissemination of information about best practices in policy and design.

In that role, he also leads one of the largest biannual Complete Streets Summits attended by more than 300 professionals. He is the chair of the statewide New Jersey Bicycle and Pedestrian Advisory Council (BPAC), which advises NJDOT on policies, programs, research and priorities to advance bicycling and walking as safe and viable forms of transportation and recreation. He also focuses on environmental justice, transportation equity, complete streets, open streets—just about anything with transportation that involves the pedestrian or bicyclist.

He lives by Proverb 31:8-10—“Speak up for those who cannot speak for themselves, for the rights of all who are destitute.” To that end, a lot of his research and work in communities across the country has been focused on championing the most vulnerable population, people of color. “As an African American in planning—and let’s be honest by comparison, there’s not many of us—it is imperative that I listen to and respond to the needs of all communities but particularly communities of color, which suffer disproportionately from traffic violence, obesity, and overall lack of mobility,” stated Brown. “Given these realities, their voices need to be heard.”

A self-proclaimed street level researcher, Brown prides himself on getting out and listening to community concerns firsthand. “A lot of what I hear while working in communities of color in NJ and around the nation informs my research and training ideas,” stated Brown. In general, the comments he often receives from people of color is that they don’t want to be overlooked…they want to be respected… and they want to be part of the planning process that affects their community. Lack of funding to improve the overall quality of life and make their communities more walkable and bikeable is also a community challenge. 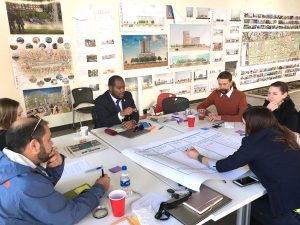 His social justice and transportation advocacy work on behalf of people of color takes him to various communities in New Jersey including Camden, Newark, Trenton, and New Brunswick where he has spearheaded efforts in Bike Share, Open Streets, and Complete Streets Policy Adoption and Implementation. His efforts, along with the work of many other advocates throughout the state, have resulted in New Jersey leading the nation in the adoption of Complete Streets policies. His expertise has also taken him to major cities like Atlanta, Baltimore, Chicago, Charlotte, Denver, Orlando, Los Angeles, Philadelphia, New York, and Washington DC. He has worked with the New Jersey Department of Health and other health agencies across the country, including serving as a instructor at Walkability Action Institute which is managed by NACDD and funded by the CDC. See: http://www.chronicdisease.org/page/WAI

He also serves on the local planning board of Franklin Township NJ and he mentors minority high school males through the New Brunswick Chapter of Kappa Alpha Psi Fraternity Inc.

In addition, he serves on many local and national committees such as Voices for Healthy Kids and boards such as America Walks and Urban League of Essex County (NJ).

Brown is also a sought-after speaker. He gives more than a dozen speeches and lectures a year to health and transportation professionals both locally, statewide and nationally on the intersection of race, class, gender, and politics with transportation. Since its inception 2011, he has presented at every Building A Culture of Health Conference in New Jersey about the built environment and its impact on health.

His latest social justice initiative includes launching a new web series (i.e., a virtual book club) entitled, “Walking Toward Justice.” The online quarterly webinar series is sponsored by America Walks and integrates literature into a discussion regarding the intersection of mobility, race, class gender and politics. More than 1,000 individuals have participated in each webinar to date. The web series received national attention, with Brown recently being nominated as a finalist for “Advocate of the Year” by Streetsblog LA.

On Tuesday, February 13, Brown will moderate an investigative series, “Walking While Black.” Reporters Topher Sanders of ProPublica and Benjamin Conarck of the Florida Times-Union will be on hand to answer questions about the innovative project which focuses on Jacksonville, Fla and the challenges people of color have by walking. The event is free and will be held at 33 Livingston Avenue, New Brunswick, NJ. (Gov. James Florio Special Events Forum). “It’s important to bring this story to New Jersey because it’s not just a Jacksonville problem, it’s a national problem,” stated Brown. “Given the political climate, we need to increase awareness about the challenges.”