Partnership for a Healthier America Summit—A Source for Inspiration 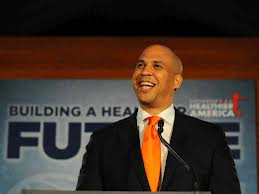 Headlined by Michelle Obama and Eli Manning, the Partnership for a Healthier America’s Building a Healthier Future Summit provided the opportunity to engage with leaders and activists dedicated to reversing the childhood obesity epidemic. NJPHK staff member were among the more than 1,000 leaders from public, private, and non-profit organizations who attended the Summit in Washington, DC from March 6-8. Here’s what inspired them most:

Among the many subjects explored at the Summit, forging a strong partnership with for-profit organizations and transforming physical activity deserts into areas for play were two priorities that resonated with Darrin Anderson, NJPHK deputy director.

“In New Jersey, we are fortunate to have strong corporate partners like Campbell Soup and Johnson & Johnson,” Anderson said. “When businesses take a leadership role in implementing healthy strategies, our communities benefit and the impact is far reaching.”

The Centers for Disease Control and Prevention and National Parks and Recreation Association organizations both discussed the concept of community “play deserts.”  Fatimah Williams Castro, project manager for NJPHK-New Brunswick, explained that “while the terminology and concept is new, the issue it addresses is a prevalent one—deficits in play spaces for children and youth. With greater attention to the barriers to play for children in urban, suburban, and rural areas, practitioners like NJPHK can draw greater attention to the issue and build programming, environmental, and advocacy initiatives to help close the gap on this deficit.”

Valeria Galarza, project manager of NJPHK-Camden, found the networking opportunities at the Summit highly valuable. “I connected with so many different people and organizations that are doing some powerful work around the country. The most inspiring was the work of Ann Cooper, the so-called ‘Renegade School-Lunch Lady,’” a vigilant advocate for better school nutrition.