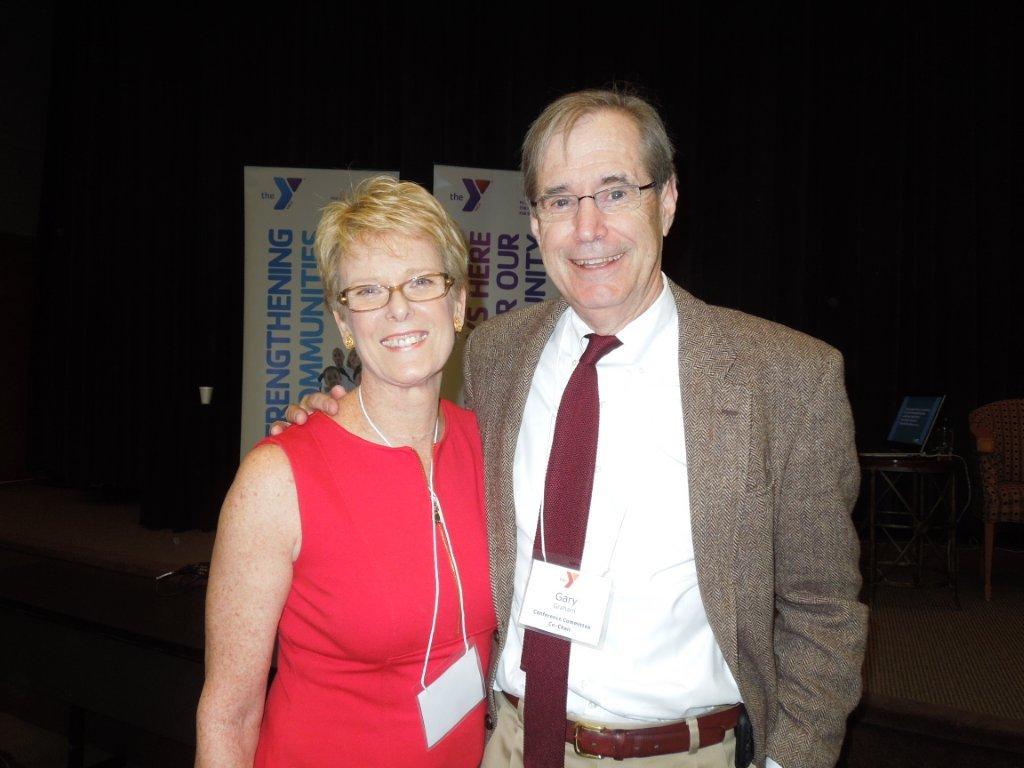 Passion for people is a phrase that best describes Gary and Bonnie Graham. As the former executive director of the New Jersey YMCA State Alliance, Gary led the effort of partnering with the Robert Wood Johnson Foundation to bring New Jersey Partnership for Healthy Kids to life in 2009.

Since Gary’s retirement in 2012, the Grahams have hosted the annual Graham Social Responsibility Conference of the New Jersey State Alliance. The seed funds for the initial conference came from Kathy Dunn, a former YMCA executive. Over the past four years, the conference has grown to nearly 350 YMCA employees and community partners attending every year. The goal is for individuals to understand social responsibility and their role as a community advocate, as well as collaborate with partners and have actionable plans for community impact. “It’s really about getting beyond the implicit bias we all have and showing people that you care,” said Gary Graham in a recent telephone interview.

Gary has been involved with the YMCA as an employee or volunteer for nearly 66 years. He recalls initially walking into the Hartford, Connecticut YMCA at the age of five with his mother who took him there for swimming lessons.  “I was so frightened about getting in the pool that I locked myself in a bathroom stall and stood on the toilet seat hoping no one would find me,” recalls Graham.  A YMCA staffer eventually discovered him and encouraged him to come out and swim.

Both Gary and Bonnie have a passion for youth and helping underserved communities. Gary has spearheaded various youth programs for the YMCA and Bonnie served as a lifelong social worker.  Bonnie easily tears up when she speaks about the ills of the world and how she and Gary have tried to make a difference.  Throughout the years, they have taken in various inner-city children in their home and continue to have close relationships with many who are now adults.

After graduating from divinity school, Gary joined the Y as an outreach worker at the YMCA in Rochester, NY.  During that time, he worked in the community with neighborhood youth. After several years, he moved to the Y in Bethesda, Maryland where he served as the Director of the National Youth Project Using Minibikes.  He then moved to Columbus, Ohio and later became the CEO of the South Hampton Roads YMCA in Norfolk, Virginia.  From there, he served as the CEO of a YMCA in Miami and then became the CEO of an independent Y Camp in New Jersey, before serving as the head of the New Jersey YMCA Alliance.

Today, Gary and Bonnie live between Philadelphia and their home on a lake in eastern Ontario, Canada. Their next adventure is driving from Philadelphia to Carlsbad, California, and back.  Their goal is to meet various people from parts of the country they don’t know well and hear their opinions. “We are so excited about this trip,” said Bonnie Graham. “This is what we live for.”