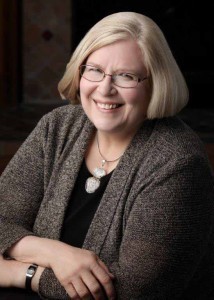 A part-time job turned into a lifetime career for Cecilia Zalkind, President and Chief Executive Officer of Advocates for Children of New Jersey (ACNJ).

While in law school, Zalkind met ACNJ’s Executive Director and signed on to do legislative policy work. “It probably was the luckiest day of my life,” Zalkind said. “Before law school, I had been a social worker at DYFS, which was by turns challenging, enlightening and frustrating. I knew there had to be a better way to help kids in the system.” She found that “better way” with ACNJ, and has stayed on for 34 years advancing in leadership roles that have helped produce key policy advances in child welfare, early care and education and health care in New Jersey. “It’s been a privilege to work here,” Zalkind said.

ACNJ has become the best-known, most respected research and advocacy group for children in the state, with a reputation beyond New Jersey’s borders. The name ACNJ has become synonymous with its cause–to ensure that every child in New Jersey has the opportunity to grow up safe, healthy and educated.

During her tenure, Zalkind has led important coalitions such as the Early Care and Education Coalition and the New Jersey Build initiative that have advanced high-quality early care and education in the state. She has argued before the New Jersey Supreme Court on preschool standards in Abbott v. Burke, the landmark educational equity case, that resulted in New Jersey having a unique pre-school program, which Zalkind termed “the best in the country.”

Among the work that has brought her the greatest satisfaction, Zalkind cited her involvement in child welfare. “ACNJ has been involved in every piece of legislation related to foster care, from standards for terminating parental rights to standards for keeping brothers and sisters together. Since I had worked on the child welfare side at DYFS, it was exciting to be on the other side, bringing about broader change.”

ACNJ’s agenda grew in the mid-1980’s. “We started looking at childcare and health and family support, realizing that we can’t just focus on deep end—after kids and families have problems. We also need to look at how to strengthen families before problems surface,” Zalkind said.

Today, Zalkind’s work embraces children of all ages including those from birth to three years of age. “We want to ensure all children have optimum opportunities for healthy development,” Zalkind said. To that end, ACNJ is a partner and advocate for Breakfast After the Bell to boost breakfast participation and ensure that all children begin their school day with the nutrition they need to concentrate and learn.

“We’ve developed amazing support for this program,” Zalkind said. “A recent legislative hearing was attended by food service directors, superintendents, advocacy groups, parents—all proponents of serving breakfast after the bell. I believe their advocacy will have a true impact on legislators.” As has Zalkind’s—and there’s no end in sight.