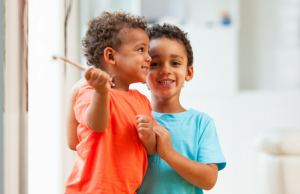 Adverse Childhood Experiences (ACEs), can have devastating, long-lasting effects on children’s health and well being. In New Jersey, 41 percent of children 0-17 years have experienced one or more ACEs, and 18 percent have had two or more.

Nationally, more than 46 percent of U.S. youth-34 million children under age 18 have had at least one Adverse Childhood Experience (ACE), and more than 20 percent have had at least two. That’s according to a 2016 National Survey of Children’s Health and analysis conducted by the Child & Adolescent Health Measurement Initiative (CAHMI) at the Johns Hopkins Bloomberg School of Public Health. The study provided state-by- state rates and trends on ACEs and the Robert Wood Johnson Foundation (RWJF) collaborated with and worked with CAHMI to release the data.

Adverse Childhood Experiences (ACEs) refer to a range of events that a child can experience, which leads to stress and can result in trauma and chronic stress responses. ACEs include death or incarceration of a parent, witnessing or being a victim of violence, or living with someone who has been suicidal or had a drug or alcohol problem.

Kids with multiple ACEs are at a significantly higher risk for issues affecting their development, learning, and health.  ACEs can have serious, long-term impacts on a child’s health and well-being by contributing to high levels of toxic stress that derail healthy physical, social, emotional, and cognitive development.

“Adverse childhood experiences are the single largest  cause for many of the medical, social, and  psychological maladies that confront children and adults,” stated Dr. Steven Kairys, Medical Director New Jersey Chapter, American Academy of Pediatrics.  “Truly epidemic in scale, the impact is in part produced by changes in brain development such that the brain is distressed by levels of stress that would not cause alarm in someone who had not been traumatized as a child.”

Research shows that ACEs also increase the long-term risk for smoking, alcoholism, depression, heart and liver diseases, and dozens of other illnesses and unhealthy behaviors. In addition, the new data show that 33 percent of children with two or more ACEs have a chronic health condition involving a special health care need, compared to 13.6 percent of children without ACEs.

“Every child deserves a healthy start. A loving home, a good school, a safe neighborhood—these things are the foundation for a long and happy life, yet too many children don’t have them,” said Richard Besser, president and CEO of the Robert Wood Johnson Foundation. “Too often children experience trauma that can be devastating. But trauma doesn’t have to define a child’s life trajectory. They can be incredibly resilient. With policies that help families raise healthy children and the consistent presence of caring adults in their lives, we can reduce the impact of trauma on children’s health and help them thrive in the face of adversity.”

The newest national and state data, along with an issue brief and maps, can be found at http://www.cahmi.org/projects/adverse-childhood-experiences-aces/