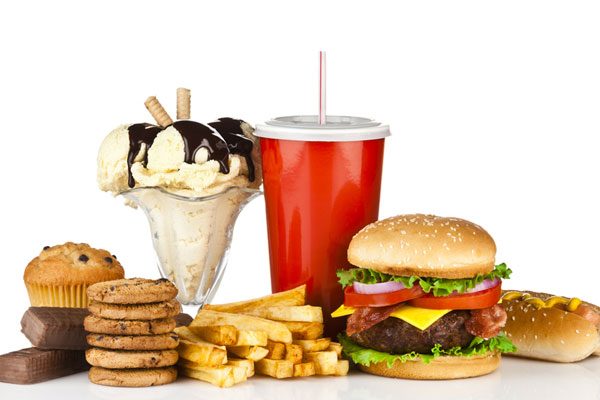 Too many are still overweight, and experts say programs encouraging healthier diet and more exercise must be maintained

But too many low-income youngsters remain at a dangerously high weight, and comprehensive wellness programs must be sustained to ensure long-term benefits to the state’s population, experts agreed. It could take many years before these programs reach all those in need.

In recent years, Garden State officials have joined forces with healthcare providers and community organizations to promote a wide range of health and wellness initiatives designed to increase physical activity, encourage healthy eating, and reduce the prevalence of obesity-related chronic health conditions like diabetes and heart disease. Among other things, they have promoted breastfeeding, which greatly reduces the likelihood of obesity later on, worked with corner stores to improve food options, and partnered with faith-based organizations to host healthy cooking classes.

Obesity, a growing concern nationwide, has been a priority for Department of Health Commissioner Cathleen Bennett, who has focused on collaboration to address population health issues. She recruited leaders from eight other state departments to join her on this mission and hosted the state’s first Population Health Summit in September. Bennett also highlighted some of the state’s achievements at the “Building the Culture of Health” conference held two weeks ago with the New Jersey Partnership for Kids, a project launched in 2009 by the Robert Wood Johnson Foundation.

“Obesity rates are definitely trending downward in New Jersey,” Bennett said. “We are encouraged by recent news about positive trends in obesity rates — especially among our low-income preschoolers. But all of us need to keep up the fight because only a sustained effort will move the dial in the right direction.”

While New Jersey once had one of the nation’s higher levels of childhood obesity, recent findings from the Centers for Disease Control and Prevention suggest it is trending downward. The state is now tied with Connecticut in the 12th spot nationwide for the number of low-income toddlers with weight concerns, according to the State of Obesity report issued in November and based on data from 2010 to 2014.

Still, more than 15 percent of Garden State kids aged two to four whose mothers participate in a federal nutrition program for women with infants are obese or overweight, the CDC found, a higher rate than in neighboring Pennsylvania or New York. It also tops the national average of 14.5 percent for these low-income children. The 2014 obesity rate for all children aged two to four, regardless of income, was 8.9 percent.

The issue is particularly stark in some communities, including some urban areas, which often suffer from lower health outcomes than wealthier neighbors. An analysis of public health data released this summer suggested that residents in the Princeton area are likely to live 14 years longer than those in parts of Trenton, just a few miles to the south.

Gregory Paulson, executive director of the Trenton Health Team, a nonprofit that works with diverse organizations to improve access to care, said a childhood obesity study initiated in 2014 by Capital Health, the local hospital chain, found that some 80 percent of second-grade students at a Trenton public school had unhealthy body weights.

A project the following year, sponsored by drug-maker Novo Nordisk, revealed three-quarters of fourth graders at another public school were obese or overweight, he said. Children the same age at a private school that served the same demographics had a 29 percent obesity rate, a difference researchers attribute in part to parental engagement and awareness of health issues.

“We knew the problem was big,” noted Martha Davidson of the Trenton Health Team. “But seeing the numbers in a particular school and a particular class was still a shock.”

“Seeing these numbers in the pediatric population brings what we know is a national program into very sharp focus,” Paulsen added. “The fact that we have to go into the elementary school population to turn the tide really speaks to the scope of the problem.”

These obesity-intervention programs, which will continue to track students over the coming years, also included action items, Paulsen said. The health team worked with school officials to increase access to salad bars and find ways to get kids more active, even incorporating motion into classroom lessons; a number of Trenton schools lack any outdoor play space, he noted. They also partnered with the local Boys and Girls Club and YMCA to expand afterschool programming and included parents through cooking demonstrations and other education programs.

“We need to educate the kids, but we also need to engage the parents,” Paulsen said.

After just one school year, obesity among the public school children in the fourth-grade class had declined more than 10 percentage points, to 62 percent, Paulsen said. Rates within the private school group remained more stable. The Novo Nordisk program has continued and now tracks some 600 children at four schools.

In Trenton, Paulsen and his team have partnered with Isles Inc., a local nonprofit, to build urban gardens and worked with the YMCA and others to launch the Greenwood Avenue farmers market. They collaborated with faith-based organizations on the “Faith in Prevention” program and helped bodega owners purchase refrigeration units and other equipment so they could offer more fresh food choices.

Paulsen said these small changes can have a positive impact on health and also on the local economy. Vendors at the farmers market, which has operated for two years now, all made money and want to continue. A deli near a public school that added fruit cups to its menu increased sales and sold out of this healthy option every day, he said.

“I think there’s a misconception that people who live in urban communities, and children in particular, don’t want to eat healthy,” Paulsen said. “But they simply haven’t been exposed to the right choices, or learned about these choices.”