Get Healthy Camden Examines Road Safety with a Bike Ride 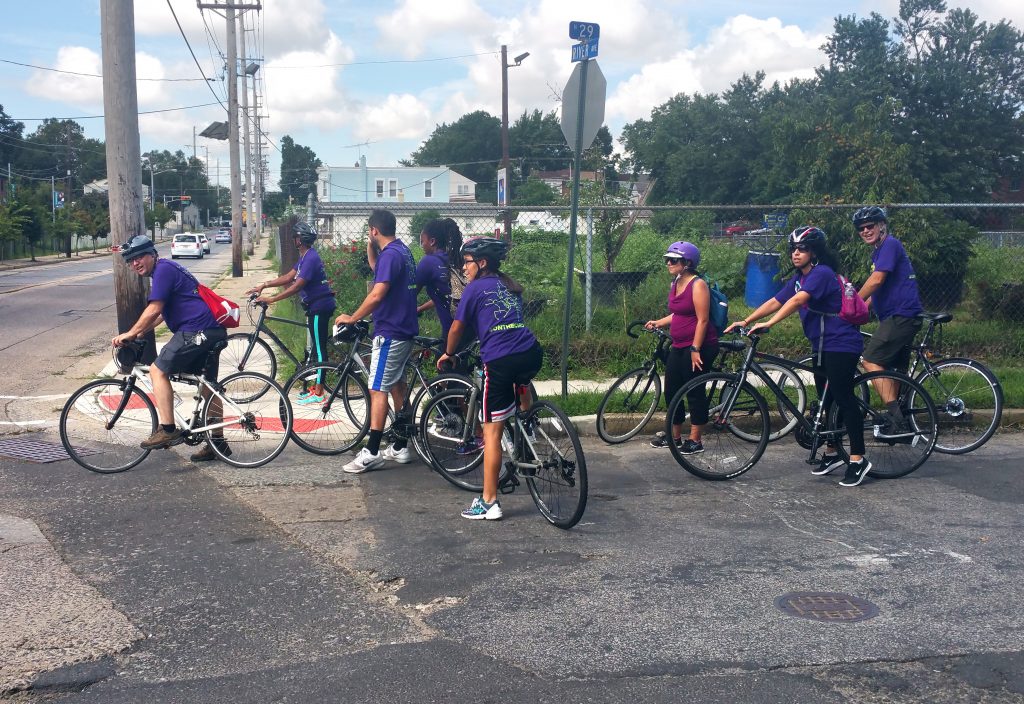 According to the National Highway Traffic Safety Administration, 71 percent of bicyclist fatalities occur in urban areas. Camden is taking action to make biking safer for its residents. The city is becoming a part of The Circuit Trails – a growing network of over 750 planned miles of interconnected community trails, branching from the greater Philadelphia area. The goal is to provide endless opportunities for recreation and commuting.

Ultimately, our goal is to make the bike trails safe and accessible to all residents,” said Valeria Galarza, Senior Project Manager for Cooper’s Ferry Partnership. “We’re even looking to plan a Ciclovia for Camden in the future.”

Ciclovia is a Spanish word that means “bikeway” and is a designated bike route or an event that opens the streets for use by pedestrians and cyclists. Ciclovia began in Bogota, Colombia in 1976, as a way to promote community engagement in public spaces that are free of vehicles.

At the end of the bike tour, the group provided comments and suggestions about the ride. Positive feedback included parks having wider paths that could fit both pedestrians and bikers and clear path markers for the bike lanes. Suggested areas of improvement included providing brighter pedestrian and bicycle level street lighting, emergency call boxes, and the creation of more off-road and on-road bike lanes and trails) to move pedestrians away from cars. Also, bumpy roads are a major safety hazard for bikers.

A second bike tour of the southern part of the city’s neighborhoods and trails will occur in the fall of 2016. To see the Camden and surrounding counties bicycling and multi-use trails plan, visit the Circuit Trails website.