Coming Together to Address Food Insecurity in Trenton 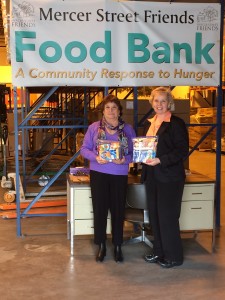 With more than 17 percent of Trenton households regularly lacking enough food to eat*, food pantries have continued to experience a huge increase in demand. The USDA defines food insecurity as a state in which “consistent access to adequate food is limited by a lack of money and other resources at times during the year. That’s why on October 30th, 19 community leaders came together as part of the Coordinated Food Pantries Project to explore opportunities to improve the food acquisition and distribution system.   Members of the group included food pantry leaders from various Trenton area organizations, along with representatives from New Jersey Partnership for Healthy Kids – Trenton (NJPHK-Trenton) and the Trenton Healthy Food Network (THFN).

“Creating a coalition of Trenton area food pantries is the first step in fully understanding the challenges around facilitating redistributions, coordinating pantry hours of operations, and ensuring that those who need it most have access,” said Marissa Davis, NJPHK-Trenton program director. As part of the Coordinated Food Pantries Project, undergraduate research assistants from Princeton University and Swarthmore College are gathering data on the current pantry system and conduct research into more efficient donation and redistribution models.

“While we were able to distribute approximately 2.6 million pounds of food to Trenton residents last year, a growing problem has been the lack of healthy food options for people in need,” said Phyllis Stoolmacher Advancement Director, Mercer Street Friends Food Bank. 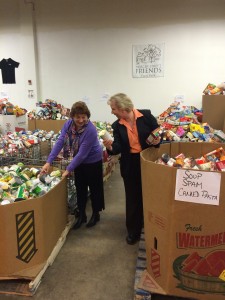 As one who has led food bank distribution efforts for decades, Stoolmacher emphasized the need for food banks to secure and distribute lean meats, fish, and whole grains. “Many of our families have poor diets that are high in fat, sodium, and sugars. This is not because they wish to consume that food, but because it is often the cheapest.”

In addition to leading the Coordinated Food Pantry Coalition Project, NJPHK-Trenton and THFN have also headed other food insecurity projects such as the healthy corner store initiative and the Greenwood Ave. Farmers Market which was launched during the summer of 2015.

The Greenwood Ave. Farmers Market was the first of its kind in Trenton to provide residents easy access to local healthy food, nutrition education, physical activities and health screenings. Over its 18-week run from June through October 2015, the market served approximately 4,000 residents/customers.